If you live in Adelaide, take a deep breath and listen up NOW 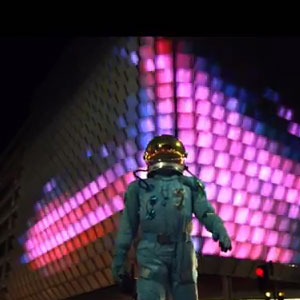 I predicted the conversations as soon as I knew the Adelaide. Breathe. ad was being launched on the weekend.

It is the last of these points that is in my sights today.

Time for a reality check

Before I address the Adelaide. Breathe. ad, let’s all agree to stop the stupidity.

Three really important points make a mockery of the ‘Adelaideans don’t like change or can’t cope with creativity’ bullshit.

Firstly, humans don’t like change. Period. We have evolved to be cautious about change (or, rather, we have evolved to use our brains as little as possible which I suppose predisposes us to err on the side of conservative positions). For example, many Melbournians (you know, that hip town to the South East) were against the government spending millions of dollars in choosing the letter ‘M’ (in a fancy font, to be sure) as the centrepiece of a previous branding exercise for the city.

And if the curmudgeons who spin the ‘here we go again’ rubbish broaden their claim to say Australians are backward, the whole world revolted against Microsoft’s major rejig of Windows to the point that MS is reportedly considering dropping its Metro interface for the next iteration of Windows.

Secondly, people in the advertising and marketing world (who stand to gain the most from large, flagship campaigns) really come across like spoiled brats with brittle egos when they accuse Adelaideans of backwardness for criticising ads like the Adelaide Breathe specimen.

It is disingenuous because it assumes there is no fault with the campaign. It assumes that all involved are holier than the rest of us and almost godlike in wisdom.

I’m from the world of marketing and I can tell you our textbooks are littered with case studies of our industry getting it wrong.

So, just like King Hit is being rebranded as Coward Hit, so too should people who rattle off the ‘you are too unsophisticated and close-minded to get our grand version and you don’t deserve us’ be labelled not as hipster, cool people but as sheltered little sooks.

And, thirdly, we created creative events in the first place. The novel, cool, uber-chic elements the ad is trying to sell have actually been created by Adelaideans. This logic seems lost on the sooks.

They want to throw the baby out with the bathwater; just because an ad is critiqued does not mean all of Adelaidia is lost in a barren wasteland of mind-numbing commutes and tollways (oh, that’s other cities). It only means that the ad has not resonated with the local audience, or some within that audience.  Was it ever meant to? If not, where is the surprise or grounds for discontent?

I think it is completely disingenuous to claim that without these martyred creative types Adelaide would be stuck in 1950 because in fact our creative types are doing quite well, thank you very much.

One unappreciated ad does not a land of philistines make!

In our world, not just Adelaide, it takes courage to be creative and to share that publicly.

Fortune certainly favours the brave in our society; those with the guts to stick their heads above the trenchlines of convention should expect to be shot at. It is the price for being able to see and seize a new opportunity for reward.

Given that tourism campaigns are at least partly publicly funded, they are even more rightly to be reviewed by the people who have paid for them.

I do wonder sometimes whether a missing element in these campaigns is taking time to develop the LOCAL promotion of the campaign, to take the local marketplace seriously and not write them off as critical before we begin? This is incredibly important these days because the grumbles from locals who feel disenfranchised by the campaign planning and execution will come up in Google searches and WILL impact people inspired by the ad.

At the same time, fortune does not ALWAYS follow bravery because sometimes the effort is misplaced or inferior or just a wannabe copy of someone else’s original idea.

I need to state for the record that I have applauded the recent Barossa Valley campaign because it was a good entwining of elements that conveyed something attractive and desirable about the location.

I also was one of the few voices in Adelaide’s marketing world that did NOT ridicule the South Australia logo launched last year and, in fact, laid out an approach to bring people together to make sure it was a success.

But I must confess I did find the Adelaide. Breathe. ad hard to fathom at first.

On first viewing, it seemed like a modified version of the Barossa Valley ad: take an Australian hit song with haunting qualities, shoot in slow motion, juggle in a few quirky images (we love astronauts and people riding BMXs inside stately buildings) and make sure everybody in the ad has a dazed, zen-like expression as if they’d just been hit with a cartoon-style club just as the cameras started rolling.

On second viewing, it opened up for me a lot more. I saw more of the beauty in the images and the themes and appreciated the work. It is beautiful in many ways and I enjoy watching it.

Will it work? That remains to be seen.

Will the experience of visitors match the promises of the campaign? I think that is possible. It all depends on where new visitors get their information and who guides them on their visit.

After all, an astronaut would not just decide to drop in on the Moon for an awesome experience; they have huge space centres guiding them. This is where the pathway from seeing the ad to planning a trip will make or break the connection between the campaign and the experience.

Take a look at the ad.

I hope it works. I want it to work. It is the reason I launched the Another Boring Thursday Night In Adelaide podcast with Colin Long and Brett Monten. We are all about tackling stereotypes front on and espousing the talent that South Australia is bursting at the seems with.

But I will never ever ever give up my right to critique things about my city and society.

So, sooks of the world, toughen up, rejoice in the fact you are putting yourself out there but remain humble enough to learn from feedback.

If you’ve read this far, thanks heaps 😉