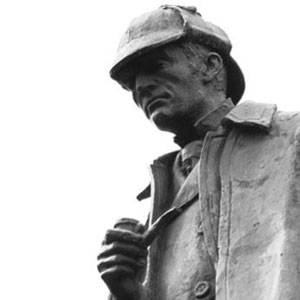 What makes Sherlock Holmes such a memorable character?

Surely it’s his ability to see things that others overlook and then deduce solutions to puzzles for the police.

Maybe the answer is to NOT be a slave to mass media, social media and any other media that keeps you in a constant state of distraction.

Maria Konnikova has just written a book, Mastermind: How to think like Sherlock Holmes, and it uncovers the key things that differentiates Sherlock from the rest of us.

According to Maria, the key thing about Holmes is that he not only SEES but he OBSERVES.

This is illustrated when Holmes meets his new flatmate, Watson, and asks how many steps lead up to their Baker Street abode. The answer is 17 but Watson had no idea. Holmes argues that observing such things is important.

But it is one thing to fill our mind with junk; it’s a different thing to remember details of importance and that is where mindfulness enters.

Konnikova explains how modern research shows that being more mindful can benefit us in many ways and our LACK of mindfulness (trying to do too many things at once, giving too much attention to flotsam and jetsam) is why there are so few Holmeses today.

That’s why Holmes is so careful about where and when he deploys that famed keenness of observation. Were he to spread himself too thin—imagine modern-day Holmes, be it Benedict Cumberbatch or Jonny Lee Miller, pulling out his cell to check his email as he walks down the street and has a conversation at the same time, something you’ll never see either of these current incarnations actually doing—he’d be unable to deploy his observation as he otherwise would. Enter the email, exit the Baker Street steps—and then some. – Maria Konnikova

One of the first barriers we’ll hit in try to be more observant of our surroundings is inattentional blindness. This is the condition in which we just don’t see or process things we weren’t looking for.

Konnikova explains this was highlighted in a study where a film of basketball players had a man in a gorilla suit walk across the screen. Hardly anyone asked to watch the players ever notices the gorilla.

But the steps to greater ‘presence’ require strength.

Konnikova says she had to force herself to stop checking her phone for emails or social networking chatter and went as far as installing Freedom on her computer (a program that blocks your Apple computer from having network access for up to eight hours at a time so you are free from internet-based distractions).

After a while, she found tasks that had been taking hours, were getting done in a fraction of the time.

For Konnikova, the new element in her life was focussed attention. And it made all the difference.

You can read her full article here.

What movie should I watch tonight?

I cannot remember how long it’s been since I went to a video store or even hired a movie online.

Part of the reason is that most times I visit either locations, I get stumped.

You see titles you recall vaguely, you get misled by good cover art, and you end up making poor choices or boring choices.

Enter: What movie should I watch tonight?

When you visit the site, it starts randomly playing through a curated list of move shorts.

The people behind the site say their role is to help you choose movies in a cinematic way; where or how you get them is up to you.

Just in the few minutes I spent watching, I disovered some movies I would have missed totally, had it not been for this site, such as:

I think five minutes spent on this site before choosing a movie, will lead to a better night and a stress-free movie selection exercise.

Food wishes is an interesting cooking site because the chef behind it, Chef John, has a really easy to follow style.

If ever you wanted really thorough guidance in the kitchen, I think this site will help you a lot.

Here are some examples drawn from his recipes and explanations:

Here’s that chocolate cake in action:

If you like that taste, visit Chef John here.

Wikipedia would have to be the world’s most dominant source of encylopeadic information, but who keeps it ticking along?

Towards the end of each year, Wikipedia makes an appeal to uses to make a small donation to keep the enterprise running.

Late last year, Wikipedia was able to stop its fundraising earlier than usual because more people supported it than ever before.

I happened to be one of those people an a few weeks ago I received a thank you email with a link to video about how Wikipedia is changing lives around the world.

You can see a clip from the movie here:

What I loved about this movie was that children in a smallvillage in Peru were not only able to learn about the rest of the world through Wikipedia, but they were able to upload information about their village, society and customs.

What’s so important about this is that such a spread of information is often linked with a downturn in violence in the world.

I was listening to the Point Of Inquiry podcast featuring Steven Pinker, professor of psychology at Harvard University. He is the author of The Better Angels of our Nature: Why Violence has Declined. During the discussion, he argued that the widepread availability of printing and cheaper travel in the mid-1800s is linked to a major downturn in violence on this planet. He also says the introduction of television led to a further fall in world violence in the 1960s. There is a thought that social media might be responsible for yet a further fall, in time.

This is why I supported Wikipedia.

The easy to access repository of neutral information about all manner of topics is humankind’s best defence against those who would trick and manipulate fellow humans in relation to sex, politics, religion, health and science.

You can watch the Steven Pinker interview here: