This site is a blast. If you ever wanted to know how you would have looked through the recent decades of fashion and trends, then you need to Yearbook Yourself.

You upload a photo of yourself – one where you are looking directly at the camera. You are guided to position the photo and then, voila, you can see yourself through the ages. 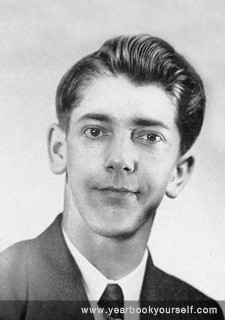 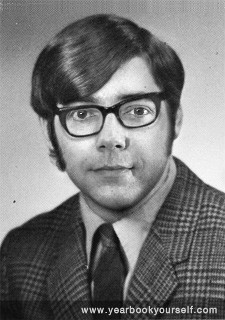 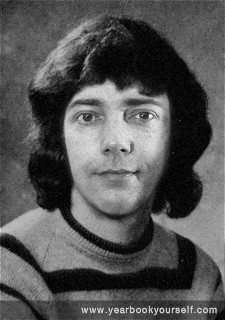 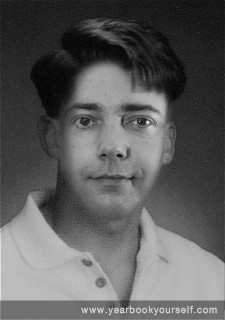 According to the blurb, “Their “teach the controversy” slogan seemed to work well in getting the general public to believe that Intelligent Design is a viable alternative scientific theory to evolution, so the team has moved on to promoting other theories that they feel are being suppressed by the scientific community. Sexpelled: No Intercourse Allowed tells of how Sex Theory has thrived unchallenged in the ivory towers of academia, as the explanation for how new babies are created. Proponents of Stork Theory claim that “Big Sex” has been suppressing their claim that babies are delivered by storks. Furthermore, Stork Theory proponents warn of the serious moral dangers posed by teaching children that sex has a function. They point out that evil dictators such as Hitler, Stalin and Mao all believed in Sex Theory, and they may have even had sex themselves.”

This site and its approach rivals the great “Flying Spaghetti Monster” site I talked about a few years ago, which posited the theory that the theory that we were created by a flying spaghetti monster had just as much right to be considered in the classroom if equal time was also given to creation in six days.

This trailer is quite good satire, especially the way is brings in an alternate theory called Avian Transportation Theory. The site explains, “unlike the original Stork Theory, the modern, sophisticated “Avian Transportation Theory” (ATT) merely points out that there are gaps in the orthodox Sex Theory. Moreover ATT does not specify that babies are necessarily brought by storks but by “large birds unspecified” (although many individual ATT theorists PRIVATELY believe it is a stork).

You can visit the site and trailer at Sexpelled

Wordle is a simple little site that creates “word clouds” from text. The site explains it as, “the clouds give greater prominence to words that appear more frequently in the source text. You can tweak your clouds with different fonts, layouts, and color schemes. The images you create with Wordle are yours to use however you like. You can print them out, or save them to the Wordle gallery to share with your friends.”

In keeping with the previous site, I thought I would see what the Genesis word cloud looks like compared to Darwin’s Origin of the Species.

The main differences were Genesis leading with Father, God, and Land, and Darwin leading with Species, Natural, Selection, and Many.

The most prominent words shared by both sites are”may”, “one”, “two”, and “now”.

You can enter text at www.wordle.com. 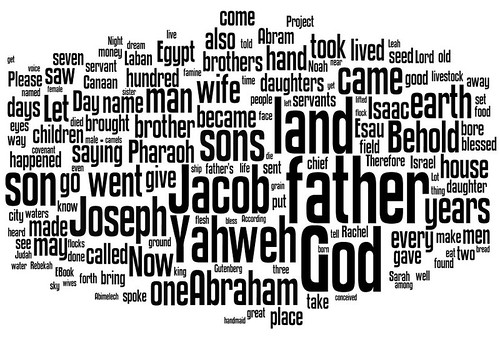 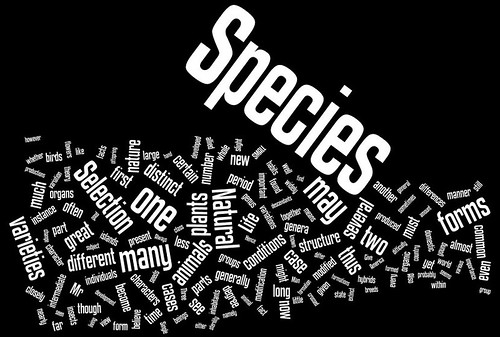 You might remember the giant leech we talked about last time, well the lady behind that, Janet from the Adelaide Hills, has shared another site that is a lot of fun.

Janet has told me about Improveverywhere.com. It is a theatre improvisation group and she says her sister has been involved in some of their improvisations in Canada. They specialise is large, coordinated, public theatre pieces, just like Candid Camera en masse!

Some of the things these people do, all around the world, are:

Janet’s sister went to one in Toronto where she and all the other performers turned on their ipods at exactly the same time and listened to the same tune.

I have some links here to some of my favourite videos: