This month we look at the importance of sleep for weight loss, of how to get our minds straight, take a global glimpse at Fathers Day and finish off with a handy way to use Lego. 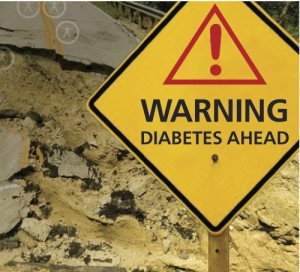 After reading this article, I have worked harder and harder at getting more sleep each night.

You can read the article for the technical terminology but in short, research from Stanford University has found that when we sleep less than five hours each night our hormones go crazy and end up making us not only feel hungry but feel less full.

As the writer summarises well, ‘so poor sleep essentially sets us up to feel hungry, crave food and have less satisfaction after eating. It’s not a wonder that people who sleep less have a higher BMI.’

However, the real shock came when researchers got healthy men and women to sleep just four hours in one night. They became dramatically insulin resistant the next day.

What does this mean? When you are insulin resistant it means your body cannot regulate blood sugar levels and that four hour night of sleep dropped insulin resistance to a level that was the equivalent of carrying 10kg of extra body fat. It just makes is harder all round.

The research also found that six nights of extreme lack of sleep can fast track you to Type Two Diabetes.

So, what can you do if you have trouble sleeping? The article gives a number of suggestions, including:

Read more about the importance of sleep for weight loss on the iNform site.

This article is a nice one to save so you can read through it whenever you need a philosophical shot in the arm.

It is a collection of suggestions and tips for regaining a healthy perspective on life whenever things feel a bit out of control.

Here are the top six samples:

Fathers Day around the world

Given today is Fathers Day I thought it might be useful to look at how it is celebrated in other parts of the world.

In Germany, Father’s Day (Vatertag) is celebrated differently from other parts of the world. Regionally, it is also called men’s day. It is tradition, especially in the north and east of the country but much less so in the south and west, for groups of males (young and old but usually excluding pre-teenage boys) to do a hiking tour with one or more smaller wagons, Bollerwagen, pulled by manpower. In the wagons are wine or beer (according to region) and traditional regional food, Hausmannskost. Many men use this holiday as an opportunity to get drunk.

The Newar population (natives of Kathmandu valley) in Nepal honors fathers on the day of Gokarna Aunsi, which occurs in late August or early September, depending on the year, since it depends on the lunar calendar. The Western-inspired celebration of Father’s Day, that was imported into the country, is always celebrated in the same day as Gokarna Aunsi.

Hindus go to their temple, Buddhists go to theirs, both groups using the day to pay respect to their deceased fathers.

In Pakistan, there is no concept of a Father’s Day. Only those having had some American influence and connection follow the American third Sunday of June as a father’s day, and that too in families that are settled overseas.

In the United States, Father’s Day has been celebrated since 1910.

You can read the rest on Wikipedia.

If you have trouble finding your keys, this little article has a novel solution.

You thread one slim lego piece to each key and then you fix a lego board to your wall somewhere handy. When you come home you can stick your key on the wall, waiting for you safely until you leave.

Adam Claridge, a school teacher up in the Barossa area who found this site, says: I like it ‘cos you could separate your keys into different sets and then just connect the sets together that you need for the day/outing with the lego blocks.

Take a look for yourself on the Gizmodo site.