This month on Online Insights we hope to surprise you with a whole new type of second hand smoke, decode the hidden messages of President Barack Obama and get an insight into insomnia (and how to cure it).

Cure insomnia by sleeping outside 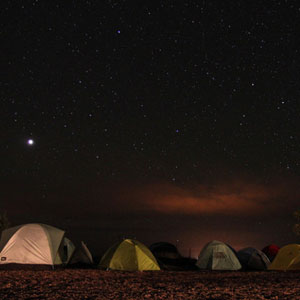 Some interesting research into sleeping disorders and the body clocks of humans has revealed that camping might offer relief to people who do not have healthy sleeping patterns.

A story in The Conversation – an excellent resource for interesting science stories – features an interview with two scientists from our own Flinders University on a US study into the effect of artificial and natural light on human body clocks.

In the study, a group of six men and two women were monitored for two weeks. In the first week, they behaved normally and followed their own sleep patterns and daily rituals.

In the second week they camped outdoors and were banned from using electronic devices like smart phones, computers and ipads, and artificial light (except for a camp fire).

After a week of exposure to only natural light, our internal circadian clocks align with solar time, the study found. In other words, our internal biological night begins at sunset, and ends when we wake just after sunrise.

I find it amazing that just one week of camping can re-align our body clocks with the natural rhythms of night and day.

The article spells out the biggest threat to us sleeping naturally is late night exposure to artificial light.

On the flipside, not enough exposure to natural light also contributes to our sleeping and waking cycles getting out of sync.

One of the sad things this story raises is just how disconnected from nature we become in our modern lifestyles.

It reminds me of an anecdote that American astrophysicist, Neil deGrasse Tyson, shared on the BBC podcast, The Infinite Monkey Cage, recently.

He said that he was taken to a planetarium in New York when he was 10 years old and as they started showing stars in the night sky he thought to himself, this is a fun hoax.

It was because he had only seen about 15 stars in the Brooklyn night sky – only later did he see how many stars there really were when he was camping in the country!

If you know anyone suffering with sleep problems, suggesting they read, How a week of camping resets the body clock, might be a good place to start, provided they don’t read it on a bright computer screen just before bed!

Second hand smoke around the barbie? 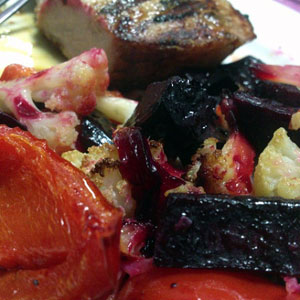 I shared a photo on Facebook through the week, which sparked a discussion centred on what vegetables were best for you.

I had roasted some beetroot, capsicum and cauliflower for a change (pictured), only to be told by Adelaide-based Chef, Scientist and Nutritionist, Mel Haynes, that I should have had green ones, and lots of them.

Her argument was that:

Then conversation drifted to the delicious pork cutlet in my photo.

Mel shared a link to nutritionfacts.org, with a particular search setting to reveal all the research that links meat consumption to cancer. The site has daily updates by Dr Michael Greger.

However, as I looked through the list, one story jumped out at me: Meat Fumes: Dietary Secondhand Smoke.

The main points in this story are:

Here is the video.

The most intriguing item there is Dr Michael’s question: should we at least stop subjecting kids to BBQ smoke? 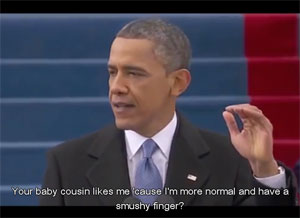 We’ll finish with a video clip from a very funny team on YouTube called BLR or Bad Lip Reading.

This team redubs new speaking and singing over the top of existing video, but puts new words into speakers’ mouths.

The results are hilarious.

They tend to pick on famous speeches, TV shows and movies, and concerts, including:

But President Barack Obama’s inauguration speech from earlier this year, is a howler.

Take a look at the video, below, and enjoy such gems as:

You can find more at the Bad Lip Reading YouTube channel.