An exciting month this month. In our segment, we’ll discuss food preservation tips I’d never thought of before, the postive impact that microfinance offers, and a new concept of balanced coverage of issues on the internet.

But I also announced the launch last week of my new, weekly podcast about Adelaide. It is called, Another Boring Thursday Night In Adelaide, and it is about life in Adelaide, our quirks, hidden gems and history. The title comes from an old Redgum song release 35 years ago, and we’re using the title ironically (we hope). It runs about an hour, is similar in style to the way Sean and I run Online Insights and will hopefully give you something enjoyable to listen to for those occasions when you can’t tune in to FIVEaa. 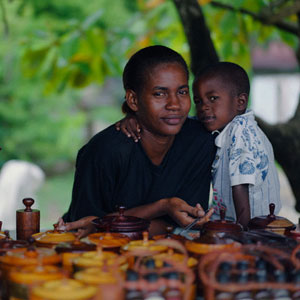 One of the big secrets to success in this world, is not just being smart and having a solid work ethic, it often comes down to having some financial resources to get a venture moving or help it scale just that little bit bigger to hit critical mass.

Microfinance is now a world wide phenomenon, including here in Australia, where small loans are made available to people and businesses that would typically be rejected by the big banks.

In essence, microfinance is the REAL ‘community banking’ that some of the bigger institutions CLAIM to offer.

Here are some examples:

Of note, in this day and age where it is not popular to talk about helping people in much poorer nations, it is worth noting that microfinance is available in Australia to individuals and small businesses.

There are various providers but one I found that looks quite comprehensive is Fair Finance.

All the loans available are for small amounts, typically $500 to $4000 over terms of 12 or 24 months; they even have no interest loans for people on welfare.

What I like about the system is that it has plenty of information to make you think seriously about whether a loan is the right option and they will tell you within 24 hours whether you have been successful, whether you need a different loan from a different lender or whether some other solution might be more helpful.

What heartens me most about all of this is that it just that little leg up that someone might need that could make a big difference between remaining poverty stricken or beginning to thrive. 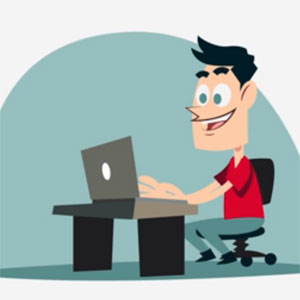 The GOOD thing about the web is that everyone is able to publish information on anything they like.

That is also the BAD thing about the internet.

This is one of the reasons the anti-vaccination lobby has been able to have such a tragic impact on our society, resulting in communities becoming plagued by illnesses we had previously almost wiped out.

This is a novel idea in a world where the likes of lobby groups, conspiracy theorists and Rupert Murdoch would rather you shut down your brain.

Once you have installed the Rebutr app in your browser, which is as simple as clicking a button, it then sits and waits for you to stumble onto a website of suspicious material.

If you do stray into such territory, it makes a pop up window appear to let you know there is another page on the internet that challenges or ‘rebuts’ the claims on the page you are viewing.

The pop up provides a link to the page or pages where you get other information to balance out the claims.

For example, I deliberately went to a page I knew would be suspicious, THE VACCINE SCAM: Children Worldwide Are Contracting The Very Diseases They Are Being Vaccinated Against. Within a moment of landing on the page, a pop up window from Rebutr opened to guide me to a Wikipedia page on the issue.

I particularly enjoyed the description of the link to Wikipedia, which was added by Shane, the person who created the rebuttal connection: “Just some facts (with actual references) about Vaccination”.

The extra value of this tool is that it encourages you to create rebuttal links too, if you want to.

Here is the explanatory video:

What I love about Rebutr is that it calls the cranks and pseudo scientists to account while treating the audience with respect by offering resources to help people make informed decisions. 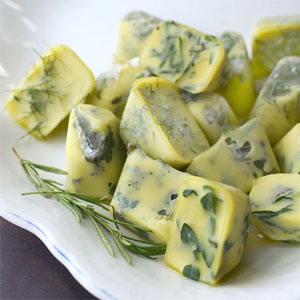 Adelaide has had its first taste of summer for the year and it made my eyes light up when I stumbled upon this page of 10 Ways to Preserve Summer Fruits & Vegetables Without Canning.

This site, called TheKitchn, seems like a treasure trove of goodies if you are a foodie but tonight I want to focus on this one article.

Now that I am starting my own vegetable garden, I am sure I’ll face the issue of awkward abundance when everything ripens at once and you don’t have enough friends and family to share your excess with.

These 10 simple tips all make great sense but I want to highlight just a few.

This is such a great tip. I used to try freezing herbs in the freezer but they burn and don’t survive well.

This tip is to cut them, put them in an ice cube tray and top each cube with extra virgin olive oil.

The oil protects the herbs from the freezer and can go straight into the pan.

Sadly, there is no similar way for protecting my preferred soft herbs like basil, unless you use tip #2.

When you have excess basil, make it into pesto and then freeze.

Pesto keeps for several months in the freezer and this site does offer a recipe for you too.

Freezing summer fruit just as it is

This site also shares tips for freezing summer fruit, like our favourite stone fruits and berries.

In essence, it boils down to preparing the fruit as you would use it (peel, pip, core, etc) but NOT freezing it all in one bag.

The all in one method results in an unuseable block.

Instead, freeze all the fruits in a single layer on a baking sheet, and THEN move them into a freezer container for longer storage. Removing as much air as possible from the bag or container will also help protect the fruit from freezer burn.