This month on Online Insights we find a treasure chest of intelligent, Australian writing, take the federal survey on same sex marriage, look for love in social networks, review how necessary daylight saving time really is, and then look for local things we might like to do. 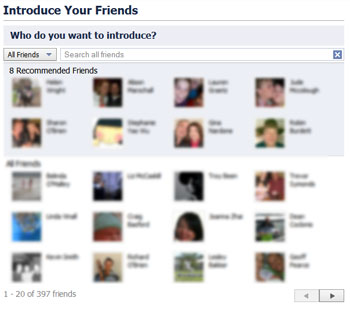 Play matchmaker with your friends

This weekend we have had Catholic bishops sending letters to be read out to congregations, urging members of their congregations to vote in the Federal Government’s House of Representatives Committee online survey which is asking for feedback on two Bills before the house relating to the legalisation of same sex marriage.

It will be interesting to see what transpires because I think most bishops will be surprised by just how little actual control they have over the private thoughts of their flocks.

One thing that has always seemed ironic to me in this debate is that a growing number of heterosexual couples are moving away from marriage and choosing de facto relationships, while the oft-considered ‘progressive’, homosexual members of society seem to be clambering to become married. I understand there is a world of difference between having a choice and not having a choice; as humans, we always seem to want what we cannot have. I wonder if  the granting of marriage to homosexual couples will lead to a small spike in marriages and then commence the downward spiral in accordance with the rest of society thereafter?

But be that as it may, I thought it would be useful to share the link for a few reasons:

The Committee wants our views on the two Marriage Bills before they are debated in parliament. The deadline for filling in the survey is April 20, 2012.

Meanwhile, on the more sedate side of human relationships, a new app for Facebook has been designed to ‘introduce you and your friends to new people with similar friends, likes and interests’. Yes, it is a matchmaking app called Yoke.

Nothing is ever posted to your Timeline. Instead, it gives you control over approaching or suggesting contacts among your ‘friends’.

Where this differs from some other, simpler matchmaking apps is that instead of just looking at friends in common and schools in common, etc, this can do some qualitative matching based on a broader approach to similarities. For example, it has been suggested that if you like Beethoven in your musical tastes and someone else likes Brahms, the Yoke algorithm can tell they are both ‘classical’ and therefore likely to be a match.

However, at the moment, the system seems to be in meltdown and very rarely completes the matching process.

Mind you, on the few occasions when I tried to match some of my female friends, only one of my male friends was getting all the attention. His name is Chris Loft. Chris, you are in for a charmed life, my friend!

I look forward to experimenting with this a little further to see what connections Yoke believes I have overlooked among my friends and for testing some matchmaking theories of my own.

I spent a day with a roomful of scientists and academics midweek, running through communication concepts and social media marketing.

It was a great experience because the audience was alert, quick witted and kept me on my toes.

If only mass media could treat us with the respect that was evident in that room last week, we would have engaging, enlightening and deeply entertaining programs to enjoy. Finally, watching television could achieve the status of being good for you.

But, alas, we are stuck with the dumbed-down and often deceitful rubbish served up by the major networks motion, colour and base motivations are meant to be substitutes for thoughtful, responsible and entertaining programming.

That is why a tweet by Malcolm Turnbull last weekend, congratulating The Conversation for turning one year old caught my eye.

The Conversation is a source of interesting stories written by scientists for those of us with ‘curious minds’, under the mission cry of ‘academic rigour, journalist flair’. What this means is, great insights into life that are based on evidence and peer-reviewed findings but delivered in a way that makes the content accessible to those of us who find pure academic writing styles dry and impenetrable

Some of the current stories include:

What is most enjoyable about reading The Conversation is that the headlines do grab your attention but you know there will be intelligent insights laid out as you read through.

One particularly interesting example is the series called Monday Medical Myth. This is where medical myths are examined in a ‘mythbusters’ fashion.

Here are some recent ones:

In the last Monday Myth about EMO music, they shared the following clip, just in case you don’t know what EMO music is. Enjoy, sort of 😉

Join The Conversation via its Monday Medical Myth.

Do Something Near You

Dr Karl from Do Something Near You

Jon Dee, a man known to many through his involvement with Planet Ark (I got to know him through the Northern Territory’s October Business Month in 2011, we were both keynote speakers there), has launched a new, community website called Do Something Near You.

There is not much to say about this simple but potentially life-enriching website other than it is worth entering your postcode to see what is happening around you and what might help you get more engaged in your local community.

When you enter your postcode you get a listing of all local community groups like service clubs, op shops, council initiatives and other groups who need volunteers.

If you are a member of a volunteer-based community group, it is free to list yourself on the site.

What I love about this site, apart from its simplicity and ease of use, is that amid all the ill-informed talk in some circles about social media making people more isolated, this site is yet FURTHER proof that the internet and networking sites can actually encourage and facilitate MORE human engagement at community level.

So, if you are ready, click on over to Do Something Near You.

And, Jon, I might bump into you up in Darwin later this year 🙂

Finally, as we head into winter or standard timezone, I thought it would be interesting to recall why we have daylight saving time.

In short, George Hudson proposed the concept of daylight saving time in 1895 to allow people greater use of sunshine. However, it wasn’t until the Germans saw it as a way to save electricity during wartime 1916.

The trouble is, those of us with hot summers just end up using air conditioners more.

In short, the two key points this video raises and are worth contemplating include:

What do you think?