This month we’ll go out of this world, contemplate leaving this world, explore being cartoon characters, and investigate just how much luck ‘lucky people’ have. 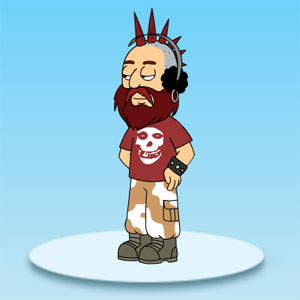 Go Animate is a cartoon-making service with plenty of free options and some premium upgrades.

I find the best way to make use of Go Animate is to go to youtube first and log in with your free Google account via this link: http://www.youtube.com/create/GoAnimate.

The beaty of accessing this site through YouTube is that you get to upload videos directly into YouTube for free. In the method via Go Animate dot com, you need to pay for that privilege. NOTE: Make sure you follow the prompt in YouTube to Create a Channel before you go further, otherwise your cartoon might get lost in never land.

How it works is quite simple and I have actually pulled together a little restaurant scene of me and Sean re-enacting one of our shows. See below.

The simplest is the quick video makers method where you choose your location from the list provided, choose your characters, type in some text for them to speak, preview your work and then, if you are happy, you can publish your video to YouTube in standard definition for free.

The full featured video makers pathway has some free options too but also offers a lot more choice about locations, props, camera angles, etc. In the portrait of Sean Perry, right, I quickly pulled together the most memorable aspects of Mr Perry within about 10 minutes. He will surely be struck by how lifelike it is!!

By upgrading you can upload your own characters to animate, insert your own locations and props, and output your videos in high definition.

As a marketing consultant, I suggest using tools like Go Animate for business owners who know they need to make video to help with their online marketing but are too shy to go on camera.

For you, I suggest this might be a fun tool to play with for kids during school holidays and weekends, or as a fun way of creating novel replacements for greeting cards. Imagine creating an animation in which you can tell someone how much you care, while dressed as a ninja!

Take a look at the quickie with Sean Perry and Steve Davis.

You can make your own cartoons at Go Animate via YouTube. 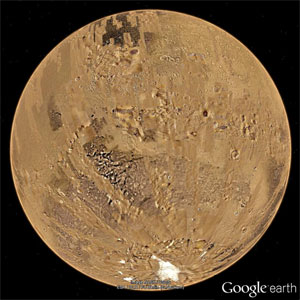 Yes, you read that right.

Google Earth, the wonderful piece of free software that lets you zoom in and out around the world, now lets you discover Mars up close and personally.

With the Mars Curiosity Rover now in full swing exploring the Red Planet, Google is sharing the bounty from NASA through this incredible application.

Not only can you choose to view up to the minute images from Mars, you can also choose to overlay old impressions and maps produced by such old world luminaries as:

While you’re on Mars, be sure to click the section that turns on the Traveller’s Guide because it can give you more in depth information on highlights.

For example, while hovering over Syrtis Major, I clicked the icon made up of two green humans which denotes the guide. It turns out that Syrtis Major

was the first marking recorded from Earth, spied by Huygens in 1659 on November 28 … Huygens sketched a ragged dark triangle pointing north—about all he could see on Mars with his crude telescope. When the next generation of telescopic observers began to map more dark patches on Mars, Huygens’s dark triangle was so prominent that all the early observers could see it. Later observers timed when Syrtis Major faced Earth and then calculated all the way back to Huygens’s timings of the same phenomenon, which allowed them to calculate the rotation period of Mars with extreme accuracy. For this reason, some astronomers nicknamed it the Hourglass Sea

Something else to enjoy while on Mars, is flying. Just like with Google Earth, you can hop into the cockpit of a plane and go flying around on Mars for that excellent, ‘virtual tourist’ experience! Go to Tools > Enter Flight Simulator.

I’ll leave this segment with a video about the Mars features from gearthblog entitled Google Earth 5 – 3D Mars!

Take a ride to Mars, yourself, at Google Earth.

My life in a morgue 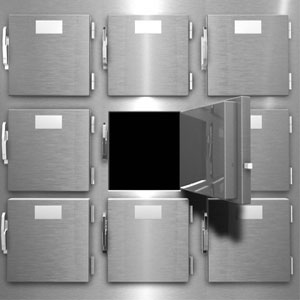 Colin Long’s ‘My Life in a Morgue’, insightful reading. (Image via The Hoopla)

Colin Long is a great fan of 1395 FIVEaa and has become a good ‘virtual’ friend of mine thanks to Twitter. I mention this because one of the things that caught my eye when he connected with me on Social Media, was his biography mentioning that he, at the time, ‘works in hospital mortuary’.

I am a sucker for anyone who has a job outside the ordinary, especially one that deals in a real, tangible way with the visceral, life-and-death nature of life.

Since that time, Colin has started blogging more and has recently had an article published in The Hoopla, an ‘online news and magazine site for a community of wise, warm, witty and wonderful women’, co-founded by  Wendy Harmer, who apparently was the person who asked Colin to submit the story of his life in a morgue.

Here are just some of the things that caught my attention in Colin’s piece:

There are lots of stories ‘buried’ in Colin’s memory, and just a couple he shares in this story involve:

There are also three quotes I’d like to capture here, directly from Colin’s piece:

And a final thought from Colin revolves around taking children to funerals. He recalls being kept away from funerals at a child and the anguish and confusion caused by the sudden disappearance of a much loved aunt, who never returned.

He believes children should be exposed to the concept of death from an early age and suggests that it is often not the case because parents have not come to terms with the concept themselves.

You can read Colin’s full article at The Hoopla – and I would suggest that doing so is a matter of life and death! 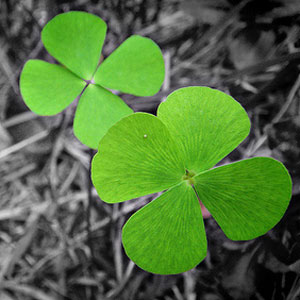 I have no idea how this list of 10 Things Lucky People Do Differently came to be in my inbox. I think it was a link I followed from a link while following another link. It caught my attention and I filed it for later review.

What I like about this list is that it does break down some ‘habits’ and ‘mindsets’ that do seem common among people who are ‘scoring goals’ in life or at least achieving a state of happiness.

To help you get going, the article suggests making a list of six new experiences – things you have never done before but would like to. Roll a dice and carry out whichever one is selected. You can then replace that with a new experience.

For your first new experience, click here to read through the full list of 10 things lucky people do differently.