Tonight on Online Insights we commemorate the passing of Neil Armstrong by looking at a great moon myth, look at another use of human technology – the nuclear bomb, look deeply into the Facebook mirror and then finish with a Coke. 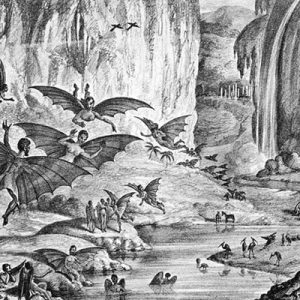 This lithograph from The Sun newspaper, shows life on the moon, complete with flying bat people and waterfalls of virgin gold. (Image Public Domain Wikipedia)

Since our last Online Insights segment, the Mars Curiosity has landed on Mars and the world has noted the passing of Neil Armstrong, the first man to walk on the Moon.

Against this backdrop of space exploration and wonder, my ears pricked up when I heard the team on the SGU podcast talking about the great moon hoax of 1835.

In essence, the hoax boils down to this. The New York Sun newspaper, published a series of articles, supposedly condensced from the Edinburgh Journal of Science, outlining the observations and discoveries of Sir John Herschel.

Wikipedia summaries it succinctly: “The articles described fantastic animals on the Moon, including bison, goats, unicorns, bipedal tail-less beavers and bat-like winged humanoids (“Vespertilio-homo”) who built temples. There were trees and oceans and beaches. These discoveries were supposedly made with “an immense telescope of an entirely new principle”.

Here is a taste.

The next animal perceived would be classed on earth as a monster. It was of a bluish lead color, about the size of a goat, with a head and beard like him, and a single horn, slightly inclined forward from the perpendicular. The female was destitute of horn and beard, but had a much longer tail. It was gregarious, and chiefly abounded on the acclivitous glades of the woods. In elegance of symmetry it rivalled the antelope, and like him it seemed an agile sprightly creature, running with great speed, and springing from the green turf with all the unaccountable antics of a young lamb or kitten. This beautiful creature afforded us the most exquisite amusement …

There are some beautiful devices used by the author, believed to have been reporter, Richard Locke, that added to the sense of ‘truth’ for the articles. Firstly, it was attributed to a fictitious researcher, Dr Andrew Grant, secondly, the articles began by describing the makeup of the telescope in pseudo technical terms, thirdly, claiming the articles were drawn from a scientific journal lent credence, and finally, there were editorial notes from time to time claiming that the next section has not been published because it will be too difficult for laypeople to understand.

But every great deception needs a plausible escape route and this one was a fire, destroying the telescope:

The great lens, which was usually lowered during the day, and placed horizontally, had, it is true, been lowered as usual, but had been inconsiderately left in a perpendicular position. Accordingly, shortly after sunrise the next morning, Dr. Herschel and his assistants, Dr. Grant and Messrs. Drummond and Home, who slept in a bungalow erected a short distance from the observatory circle, were awakened by the loud shouts of some Dutch farmers and domesticated Hottentotts (who were passing with their oxen to agricultural labor), that the “big house” was on fire! Dr. Herschel leaped out of bed from his brief slumbers, and, sure enough, saw his observatory enveloped in a cloud of smoke. Luckily it had been thickly covered, within and without, with a coat of Romanplaster, or it would inevitably have been destroyed will all its invaluable contents; but, as it was, a hole fifteen feet in circumference had been burnt completely though the “reflecting chamber,” which was attached to the side of the observatory nearest the lens, through the canvass field on which had been exhibited so many wonders that will ever live in the history of mankind, and through the outer wall. So fierce was the concentration of the solat reyas through the gigantic lense, that a clump of trees standing in a line with them was set on fire, and the plaster of the observatory walls, all round the oriface, was vitrified to blue glass. The lens being almost immediately turned, and a brook of water being within a few hundred yards, the first was soon extinguished, but the damage already done was not inconsiderable.

Intriguingly, I am told it boosted circulation enormously and even when the series ended, the circulation remained where it stood. It is also worth noting that no correction of the record has ever been published, so it remains as blot on the record of journalistic endeavour. Ironically, The Sun gave birth to the simplest definition of what makes news news, through the coining of the phrase, man bites dog.

You can read the full transcript of the Great Moon Hoax at Museum of Hoaxes.

A map of nuclear explosions

It feels like a while since the world was on the brink of nuclear war.

One of my new favorite sites is geekosystem, which shares articles about science, tech and biology, has shared a time lapse map of every nuclear weapon detonated since world war two.

This is an eerie map because you can watch a time lapse of the detonations over time.

It has been compiled by Japanese artist Isao Hashimoto. It shows the 2053 nuclear explosions that took  place between 1945 and 1998.

As Geekosystem explains, “each nation gets a blip and a flashing dot on the map whenever they detonate a nuclear weapon, with a running tally kept on the top and bottom bars of the screen. Hashimoto, who began the project in 2003, says that he created it with the goal of showing”the fear and folly of nuclear weapons.”

Note that it start slowly and makes a beep noise with each blast. By the 1960s, the planet is lighting up like a pinball machine.

You can read the article about Every Nuclear Explosion Time Lapse on Geekosystems. 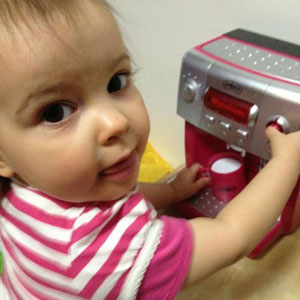 The brainiac search engine, Wolfram Alpha (designed to compute answers to questions and be more like a genius in your pocket than an internet directory) has created a Facebook report that allows you to get a snapshot of how you are portrayed in the social network.

You simply visit Wolfram Alpha and type in “facebook report”.

It then asks for permission to connect with your Facebook account, for obvious reasons, it will also provide a Facebook login for you for future use of Wolfram Alpha.

One note here. Just to be cautious, whenever I enable an application to interact with my Facebook account, I choose WHO can see any automatic posts it produces on my behalf and select “only Me”. This means there’ll be nothing potentially embarrassing or untoward sent publicly without your knowledge.

The report took about 5 minutes to generate and here are some of the findings:

What surprised me the most were my most used words:

How can I use the term Sean more than Adelaide? Confounding?

Something else intriguing is finding out who among your friends has the most friends in common with you. For me that list is topped by Adelaide Lord Mayor, Stephen Yarwood, and former radio colleague, Scott McBain.

So, why would you use this?

Firstly, it reminds you just how much of a picture of your personality, interests and connections Facebook has locked away in its database.

Secondly, it can be interesting to have your social self reflected to you so you can assess and possibly modify your behaviour.

Finally, from a marketing perspective, if you are connecting with many people in a business sense, you can see who has the potential to influence more of your network than most. 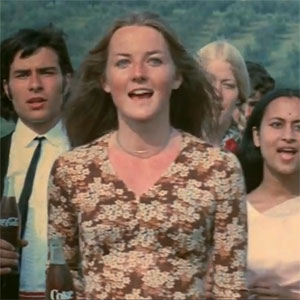 Last week was Marketing Week in Adelaide and one of the campaigns that got discussed a number of times was the Coke and Google ‘rebrief’ of the old Coca Cola ‘Hilltop’ campaign from 1971.

There is a complete video documentary of the process of bringing Harvey Gabor, the original Art Director of the 1970s classic ad, with the team at Google who had to use modern technology to make one line of the song come true:

Personally, the documentary lays on the schmaltz a bit heavy and comes across a little staged but you can’t take away from the novelty of both the original ad the modern day reinvention.

In short, Google provided technology that let Coke run display ads on websites that enabled people, particularly kids and teenagers, to click a button to ‘buy someone a Coke’ for free on the other side of the world.

Kids around the world could click the ad, upload a message and then at special Coke vending machines around the world, customers could receive a free Coke and a message from a stranger. The Coke recipient could then record a reply and the original sender got to see the reply – it was sent to them.

For some nostalgia, here is the old ad:

I do remember the ad but you can certainly see how it has not held up all that well, visually. The song is still strong and stirring, but the camera work looks equivalent to today’s typical YouTube video clip which is great on YouTube but distracts from the power and majesty the original ad had in its day.

If you want to watch the whole documentary, take a look here:

And if you want to visit the site and send a Coke, just click on the Desktop or Mobile links at the top of this page.